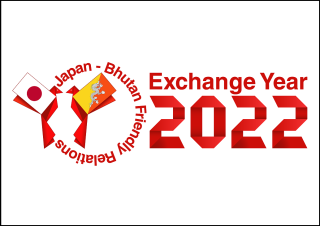 At the beginning of the year 2022, I would like to express my New Year greetings to everyone.

As the entire world continues its struggles against COVID-19, people-to-people exchanges between Japan and Bhutan have been severely restricted. It is truly unfortunate that I was not able to visit Bhutan for the last two years. I understand that, since the outbreak of pandemic, many Bhutanese students who wish to study in Japan are anxiously waiting for the chance to travel to Japan. We fully share your concern. We will give our full support to those who wish to visit Japan for studying or training to make your dreams come true.

During the last year, although the world was suffering from COVID-19, the friendship between Japan and Bhutan deepened steadily. Many Japanese people were encouraged by the goodwill from many countries including Bhutan that sent its athletes to Tokyo Olympic and Paralympic Games. I was especially delighted that “JAPAN WEEK in Bhutan 2021” was held through online in October with the support of the Government of Bhutan. On that occasion, as the first-ever project under the Japan's grant assistance for cultural grassroots project in Bhutan, Judo Dojo inauguration ceremony was held. I am confident that this will contribute to the further expansion of cultural exchanges between Japan and Bhutan, including in the field of sports.

There are many developments in our economic cooperation projects. These include, for example, the inauguration ceremony of ‘The Project for Reconstruction of Bridges on Primary National Highway No.4; scholarship program for young officials’ training; provision of portable ultrasound scanners for hospitals in Bhutan; the Project for Making Digital Topographic Map, among others. We expect further developments will be made in the new year.

Japan has designated the year 2022 as “Japan-Southwest Asia Exchange Year”.
It was 35 years ago, in 1987, when His Majesty Emperor of Japan, then His Imperial Highness Prince Naruhito, visited Bhutan for the first time as a member of the Japanese Imperial Family. Since then, both countries have deepened mutual understanding and friendship with the interactions between the imperial family and the royal family.

In the same year, 1987, the Japan Overseas Cooperation Volunteers (JOCV) Agreement was concluded between Japan and Bhutan. JOCV has made a great contribution towards the development of Bhutan as well as the friendly relationship between our two countries. Considering that the year 2022 is the 35th anniversary of such events, the government of Japan celebrates 2022 as Japan-Bhutan friendship year to strengthen close bonds between our two countries. We will continue our utmost efforts to forge the friendly relations with Bhutan.

I would like to extend my best wishes for 2022 to be an even more wonderful year for the two countries and a fruitful year for everyone.

Satoshi Suzuki
Ambassador of Japan to the Kingdom of Bhutan