2021/2/15
On 15th February, Ambassador SUZUKI Satoshi, while visiting Guwahati, Assam, attended the symposium together with External Affairs Minister Dr. S. Jaishankar, Chief Minister of Assam Mr. Sarbananda Sonowal and other high ranking officials of Assam Government, held at “Srimana Sankaradeva Kalakshetra” (Assamese cultural center), and made a speech concerning Japan’s cooperation in the State of Assam and the North East.

Ambassador Suzuki stressed that the potentials of Assam and the North East, situated in an important location to realize our vision for a free, open and inclusive Indo-Pacific, need to be fully tapped in India’s quest towards the 5-trillion-dollar economy. For that end, Japan has been engaged in efforts to enhance connectivity of North East. For example, the Dhubri-Phulbari bridge will link Assam and Meghalaya over the Brahmaputra river, dramatically shortening the travel time from more than 8 hours to less than 30 minutes.

Ambassador Suzuki touched upon the importance of entrepreneurship in his address and expressed his hope for promoting business in the North East. The Ambassador introduced the Japan Endowed Course (JEC) set up in IIT Guwahati and young Japanese entrepreneurs assembling e-rikshaws in Assam, as well as Japan’s willingness to cooperate to build bamboo value chains. The Ambassador also shared his expectations for utilization of the Technical Intern Training Program (TITP) and the system of Specified Skilled Worker.

Earlier in the morning before the symposium, Ambassador Suzuki and Minister Jaishankar visited the Guwahati Water Supply project site. Together with the Guwahati Sewage project, they will help upgrade the health and sanitation in Assam. The Ambassador expressed in his remarks that Japan would like to cooperate in the field of healthcare and sanitation as they have become even more important in the post-COVID period.

Speech by Ambassador Suzuki is here 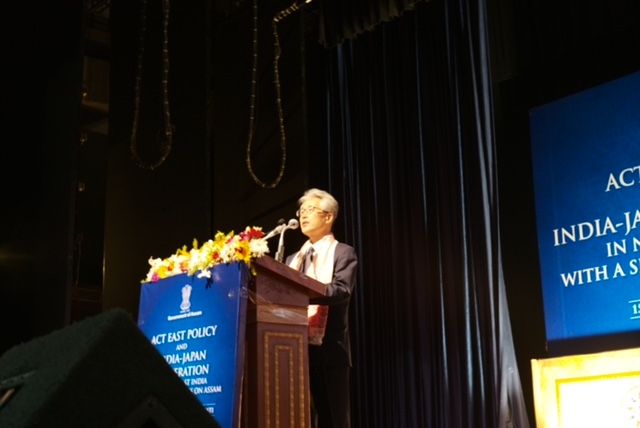 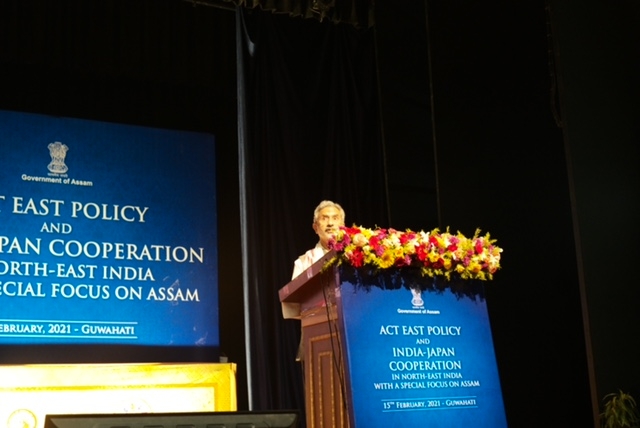 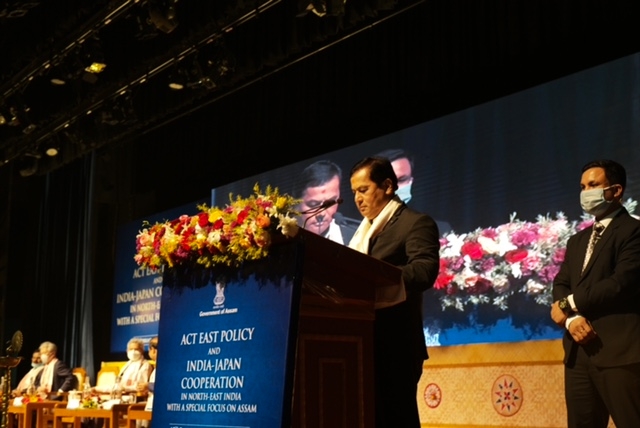