An Evening with Japanese Food, 2020

2020/2/5
On 5th February, Ambassador Suzuki hosted "An Evening with Japanese Food 2020" at his residence, to promote Japanese food in India.

In addition, Japanese chain restaurants are coming into India. The biggest curry chain restaurant in Japan, “Coco Ichibanya”, and a Japanese style BBQ restaurant, “Pepper Lunch”, also offered a preview of their food before their official launch in India.

After the opening remarks by Ambassador Suzuki (Ambassador’s speech), and speeches by Chef Ogawa and Chef Pankaj, an introduction was made on Japanese curry house, CoCo Ichibanya, as well as Japanese fish and apples, which was followed by the reception.

Dignitaries and representatives from the Indian Government, hotels, restaurants, food companies, media, and others, greatly enjoyed the night with Japanese food and beverages.

The Embassy of Japan in India will continue its efforts for the promotion of Japanese food among Indian people.

Pictures of the evening 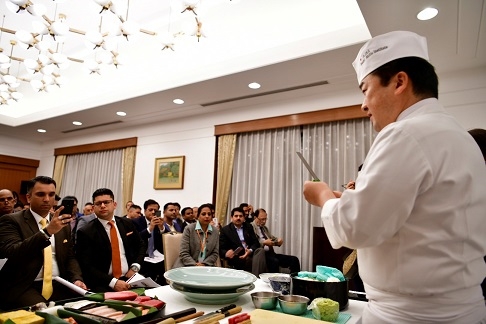 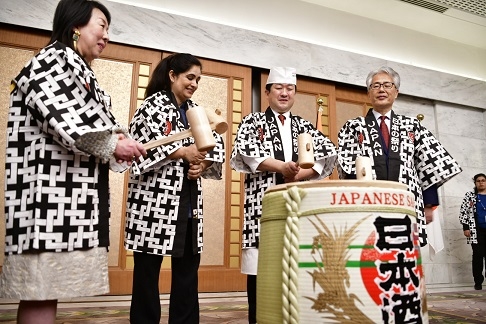 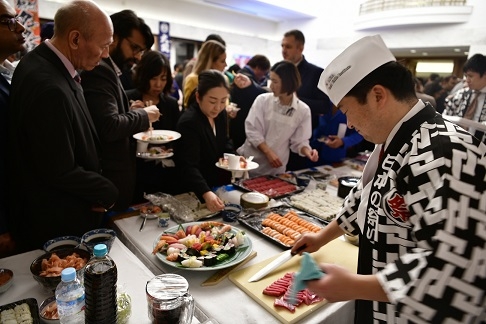 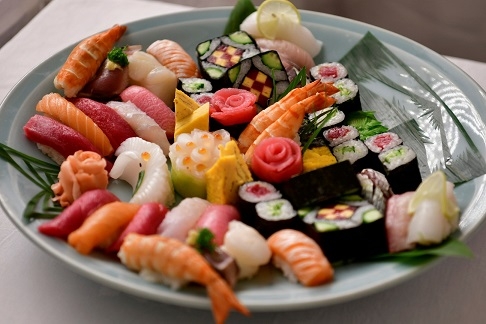 * “Japanese Food and Ingredient Supporter Stores Overseas” is a certification program to certify overseas restaurants, bars and retailers, which carry Japanese food and beverages, as official “Japanese Food Supporters”, in order to further promote safe and delicious Japanese food products and alcoholic beverages to every corner of the world. In February 2018, there was only one “Japanese Food Supporter” in India, but in February 2020, the number has expanded to 40.
https://www.jetro.go.jp/en/trends/foods/supporter.html