2019/7/30
A ceremony to felicitate Ambassador Shyam Saran, the Former Foreign Secretary of India, on receiving the Decoration of the Order of the Rising Sun, Gold and Silver Star was hosted today by the Ambassador of Japan to India, Mr. Kenji Hiramatsu, at his residence. The reception enjoyed the presence of a number of dignitaries representing the Indian public and private sectors.

Ambassador Saran received the Order of the Rising Sun, Gold and Silver Star in recognition of his contributions as the Deputy Chief of Mission at the Embassy of India in Japan (1986-1989) and as the Foreign Secretary of Ministry of External Affairs of India (2004-2006) in strengthening the strategic relations and enhancing mutual understanding between Japan and India. Ambassador Saran’s contributions to deepening mutual understanding between Japan and India include organizing the first large-scale Japan-India cultural event, the “India Festival”, in 1988. Since 2004, as the Foreign Secretary, Ambassador Saran played an important role in elevating Japan-India relationship to strategic partnership. During his tenure, he made it possible to welcome then-Prime Minister Junichiro Koizumi to India which was the first visit as a Japanese Prime Minister in 5 years. Ambassador Saran greatly contributed to the establishment of foundation of various cooperative relations which structures today’s Japan-India relationship.

Ambassador Hiramatsu, in his congratulatory remarks, acknowledged Ambassador Saran’s contributions to strengthening the strategic relations and enhancing mutual understanding between Japan and India.

Ambassador Saran, in his acceptance speech, expressed his sincere gratitude to all the officials and friends of the Government of Japan and India for their support to this day. He also expressed his desire and determination to continuously contribute to further developing Japan-India relationship. 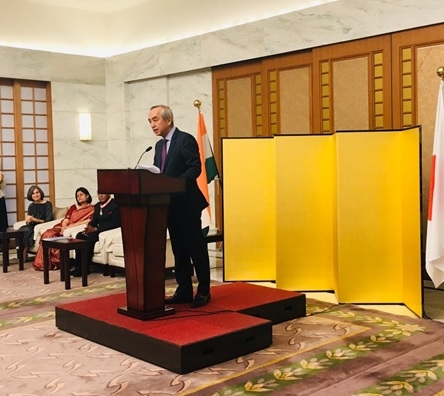 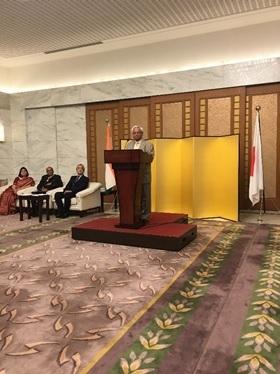 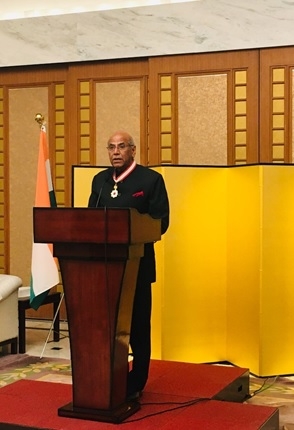